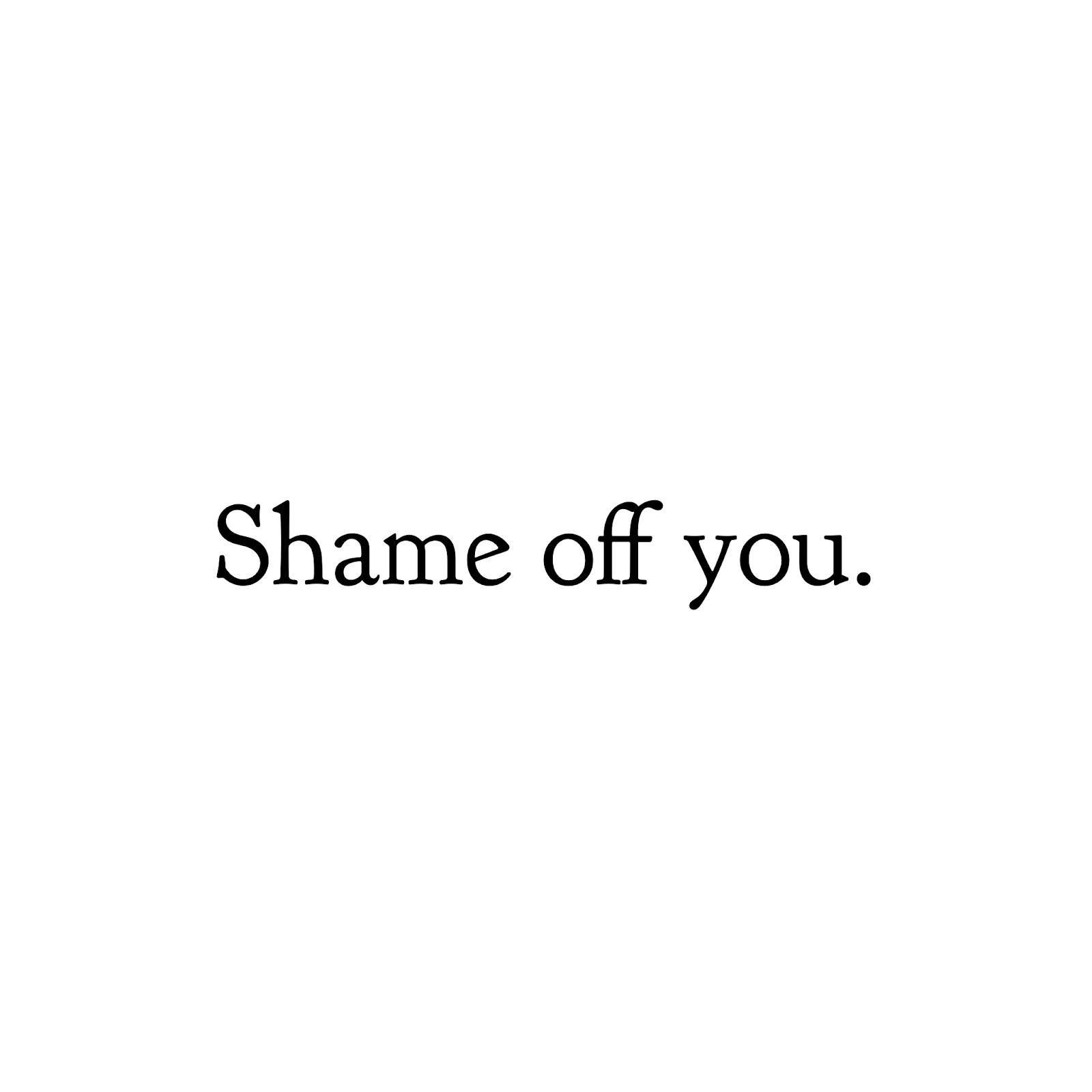 It’s Been Lovely But I Have to Scream Now I grew up in a household with all the “feels” in tact and firing rapidly. A lot of ups and downs. Draaaammmmaa dahlink.  This was intensified by alcohol. The Daily Drink. Drama and alcohol; a not necessarily surprising combo. Though I’ve heard tell of joy and alcohol as well. Every hear of the happy drunk? Sounds like a really funny guy. Mom is and was a really funny gal. Witty and urbane. When she was sober. But I’m not talking about sober. “Not sober Mom” was full steam Tosca on a Wednesday matinée. Every day was Wednesday. These descriptors wouldn’t be complete without the chasers of shame and hiding. Shaken not stirred. I mean that would be a disappointing drink without those two essentials. There were also two kinds of secrets. 1.) Big stupid secrets and  2.) Little stupid secrets.

So yes, there were a lot of feels. The problem with all those feels isn’t the feels themselves. The problem is the mistaken summation that you have to hide the feels from the world. Except that they all live as nerve endings on the outer layer of your skin. We call them buttons. And that’s where all the trouble begins, Friends. And began. You may or may not know a little story in the Bible about two Innocents called Adam and Eve. (Haha I just accidentally typed “Even.” Well, know THAT’S  a whole different blog entry….) Adam and Eve had some childhood drama too. And when they realized they were in trouble what did they do? They HID. Yep they ran and hid and created the blame game. Oh yeah, much more than heaven and earth was spawned in the great story of creation. So the stories of hiding and shame began long ago. Which means the writer of the story also knew all about it. That’s somehow comforting to know that the first writer had an understanding early on of human fleeing and wanted to give us a big heads up. Now that’s a Mensch. So fast forward to present day, non-drinking, (she sobered up around my senior year in high school), Mom. She is getting, in her own word, “goofy,” as her Alzheimer’s progresses. She’s in a stage of semi-awareness of what is happening. And also still with it enough to choose to be in denial. She called me yesterday (always a surprise) and we spoke about two-thirds coherently and at some point – I lost it. The mascara ran down my face like Tammy Faye on a good day. Ever talk to someone on the phone where you purposely keep your voice chipper as Tweety Bird but you’re simultaneously squeezing your right knee as you hold the phone to your left ear hoping you won’t give yourself up? Yeah, that. She wasn’t saying anything particularly “button” driven. However, my buttons were… activated. And I have new ones now. (All of the old ones are still available but thanks to a desire to better myself and a commitment to general mental health they’d been put on hold for a good while.) But I’m talking about the shiny new buttons! These are the I’m-in-NYC-and-can’t-do-anything-but-listen-to-your-brain-fade-away buttons. She was hitting them hard on this day. With a hammer. And then an entirely new invention (and with it: Ginzu knives!) The old and new pushed – simultaneously! You know that commercial for Staples with the “That-Was-Easy” button? Love that commercial. So cute. We didn’t have that button. Nuthin’ was easy. We had the honkin’ “This-is-gonna-be-long-drawn-out-and-somewhat-akin-to-living-the-Iliad” button. So what do you do with that mix? How do you not go crazy? How do you not deep dive into that newly brewed concoction of mess? The old buttons were on a child. Pushed by a mother who just learned manipulation from her mother and so on… capped by a drinking problem (i.e. hiding), suffocating under a mound of lies she learned from a generation she occasionally snarled about. What was down underneath her own button I dared sometimes to know. But then on darker days thought… Nope! I’m good! I got enough served up here, thanks! ‘Preciate the offer!” Actually, it pains me that she could never really open up about them. The things we don’t want our progeny to know but end up making them pay for by hiding them… there it is again. Hiding. These buttons. They are all red hot right now. I have the codes to the old ones but the new ones speak a language I am ill-equipped to decipher. The sick thing is that while you are mourning the loss of the sweet (when she’s being sweet) old lady’s brain and while she’s getting “goofy” as she calls it, she’ll go and say something naughty or get a look on her face like she’s full on forty again, much more than just “in her cups,” and you’re still at the high school at 5:30 lying about how “Mom has a flat tire.” And now you are left with this nasty mix – like the worst Trash Can Punch – of being seventeen and angry with zero power to do anything about it until you could remedy the situation with adulthood. And when adulthood came you did your work. You read. (You left.) You spent your obligatory therapy fees in your thirties. You watched Oprah. Took the weekly Host. You write. You say, “I got this.”

But adulthood is just a word. A concept. Growing up happens on the inside. And no one can do it for you. Even God needs your cooperation. Did I mention the “guilt-that-comes-with-writing-about-your-mother-who-has-Alzheimer’s-button”? I find myself a time traveler, morphing between teenage years (where I am pretty certain our relationship froze) and my current state of  I’m just the age she was when…. It’s not a living nightmare. More akin to spiritual warfare. Taunting me. And only Dr. Who can dive into a really cool blue police box to escape. And maybe Mom. Which makes me happy for her… …and really really angry mad. The angry mad of an abandoned 17 year old all over again. I can see the snake lurking around her. She’s defenseless against the disturbances in the Force and lashes out like Gollum sparring between his old sweet Sméagol self before the finding of the ring and what he has become. (I just combined Star Wars terminology with a Lord of the Rings simile. Is that even allowed?!) On THAT note – if all of what she raised in me is still in me, is the clock just ticking until I am the next Gollum? I am super paranoid that I tend to forget the names of celebrities now… Is it happening to me? I told you it was a Rabbit Hole. But Alice doesn’t die in Wonderland. The one thing I have going for me is that I was born (who knows why) with this innate spirit of joy. If I had not been anointed with the spirit of resilience, and a general Joie de Vivre button, I might be looking for a good place to hide a bottle of vodka right now. There, but for the grace of God…. It seems I was anointed for something else. So God did not give me the drinking button. I – don’t – know – why. Because those cards were stacked against me. But dang if He didn’t giving me a wonkin’ FEELING BUTTON. Spiked with a lot of funny. Maybe so I could tell you all about this. Maybe so I could take care of Mom. (Yeah, THERE’S another blog…) Maybe so I could lift my own spirits in a household of hurt. Maybe so I’d sing for you. For her. What do we do with all this, Folks? What do we do with the shame, guilt, hiding, hurt, and utterly mistaken beliefs that we are who raised us and there’s a line drawn before us? What do we do with that? We don’t believe it. We step over the line. We look up. We tally ho. We get new friends. We tell the truth. We stop hiding. We chew the words that taste like sandpaper in the mouth and spit them out: I Forgive You and I’m Sorry. And then… We make new choices… all the while still feeling all the feels. Because who are we kidding if we think the feels are going away. We make different choices. While still somehow loving (yes, loving) where and who we came from. We work hard. We fight and pray for our future. We put the past where it belongs – in the behind. We are vigilant and sharp minded when it comes to recognizing the voices and spirits circling to lure us back to that dark seductive comfortable space of the devil we knew. Just look at the world today to see how comfy dark can be. Instead we get comfortable in the absolutely new, vulnerable, “un-allowed”, yes, uncomfortable, Land of Exposure. Exposure to the Light. Because the darkness hates the Light. For it cannot hide It’s nasty little lies There in the bright. And it follows, if there’s nothing to hide, what can “they” or “the past” do to us? Then….WE BOLDLY GO WHERE NO ONE… (really, I can’t not include Star Trek, too… that would just be unfair at this point.) We sing. We Whoville it. We laugh at it. While feeling all the feels. Deeply. Because that stinkin’ devil hates the glee of joyful music and abhors the funny. The kind of funny that makes the six months old baby peel and screech in utter joy from his dad merely tearing a piece of paper. (Yep, that video went viral.) And then? Thank you. Thank you, Life. Thank you, Buttons. Thank you, Crazy ALZ. Thank you, second, third, eighth, a thousand chances to do better. Thank you For the endless opportunities To get right This thing Called love.