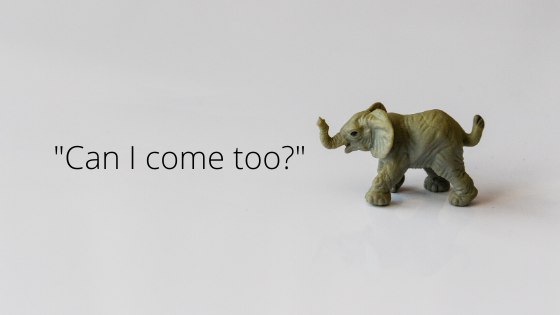 The Valley of the Showdown of Comeuppance: Part Deux

Is it still Tuesday? I’ve experienced long days but these are long in the way you sorely wish they were not. Loooong. Unrestful in body, mind or spirit. And in this I would include, firstly, she who had brought us here.

We’ve almost all managed to arrive. It’s now 11AM or so. The last of us stroll in. Face in phone.

You know when you want to leap out of your body to strangle someone perhaps out of sheer disbelief and shock at the absurdity of the blatant rudeness but your conscience pinches your thigh…really hard… to distract you so you don’t? That. And also, you know…laws and such.

I thought the whole “life goes on” comment was très passé. Frankly, déclassé. And, at the very least, most commonly reserved for after the passage of some time. Most preferably after the death rattle. In a badly written Hallmark Christmas movie.

Not in this family! Surprising. For we are many things but we are decidedly not Hallmark.

Disdain, party of one, had arrived. (Parties Enraged, Terrified and, Fix-it were already present. Somehow it turned into Wednesday. In addition to oxygen, we inhaled suffocation, tension, and fear. All consuming as it was,  it did not supercede the one element, (not officially on the Periodic Table),  that dug the knife of grief in with a twist:

The room was casual.

Jeans. Fast food. TV on and loud. No hushed tones. Death was coming self-announced, in neon, and without formality. His sickle had running lights. He wore tap shoes.

This stench of cheeseburger on a folding TV table next to a dying matriarch sickened my soul.

The peace had exited so long ago that the term had become something Shakespearean. Archaic.

So what could I do? I put on my heels.

I called a priest to have the Last Rites.

If you read the quite miraculous moment that happened during Mom’s ALZ “road trip” you’ll know that she and I had a spiritual connection. In fact, all of my life we shared this. There were things that were said between us that convinced me she cared deeply about where she was going after she died.

Which is why the heels.

I won’t say it angered my family or even that it irritated them (…most of them.) However I will say with emphatic confidence that it was all highly (HIGHLY) uncomfortable.

So here’s a real knee slapper: A priest walks into a Memory Care Facility…with a dying lapsed Catholic and her lapsed-Catholic, some never-were-Catholic, kids and…wait for it.. one of them is a convert! (You’re already cry-laughing right?) Now, how many inappropriate comments does it take to screw up a sacrament? Ba dump bump.

I did warn them so they knew the priest was coming and they played ball. So credit must be given where due. I’m not sure if they did it out of love or because of that Catholic DNA that responds with erect spine to the clicker of Sister Mary Guadalupe approaching. Astoundingly, we all behaved.

And then? We prayed. (If the reader has not already gleaned… should now be aware that we don’t do that.)

…the priest then asks us, one by one, to ask our sleeping mother for any forgiveness from her we felt we needed for things we may have done, and perhaps now regret, especially as we face this inevitable certainty.

All breathing stopped. Ironically all except for my mother’s heavy struggle to inhale on her part.

Yeah, but the priest meant out loud. We should say these things out loud.

But “Out loud” was pointedly not happening at this moment; the room just ever so trippin’… tilting sideways as the last bit of air was sucked out in the most deafening of “Not Out Loud” I may have experienced to date.

Well, hello there Mr. Elephant! Didn’t think we’d actually acknowledge you but, hey,  here…heh, heh…wow… here we all are!

As the panic began to weave in and through our standing semi-circle I knew I better act fast because if I didn’t speak up no one would and then it would just be super awwwwkwwwarrrd.

I did get us into this….

I don’t remember what I said. Maybe I apologized for not being there more or for my impatience with her when it got frustrating… that sounds about right. I think I might have been out of my body at this point but the thing is when I finished…

There was another frightening moment of nothing, the elephant farted, but then…

A voice. A voice in the wilderness.

…and then another brother… “I guess I…”

…and the water rippled.

This was… happening. Things were…being said. Even without a Sister’s clicker.

I felt the impulse to glance out the window for the Apocalypse.

Then we were done. We got through it. Still standing. The priest anointed Mom, unaware, most likely blissfully, the whole time. (We may have had quite another Catholic ritual had she been awake.)

The entire intent was for Mom’s benefit. But God laughed as he turned my intent on its head.

Then it was quite simply over. The priest packed up, we thanked him and I walked him out.

“Father, thank you.” I stumbled over my words a little. “That’s the first time my family has ever done anything like that…prayed together.”

He stopped in the doorway. “Your mother did that. She brought you all together for this,” and he went his way.

My mother? For this?

I stood there wondering if that was true. I exhaled for the first moment in that small sterile entryway; stared at the keypad that required a code to exit the door. I think I felt some peace even. Well, not peace. But it was quiet. I thought, “What God can do.”

The rest of the ride was Hell.

It was only Wednesday afternoon. We couldn’t have known we would have four more grueling days to go.

This blog was transferred from the original Hushabye Blog. Please forgive formatting inconsistencies.