Place your bets on the next game of Vatican Roulette! If you don’t know, this was a term coined in response to what was once called The Rhythm Method (now called Natural Family Planning) by the Vatican.

I first heard the phrase when I was dating a young man at the time– he wanted to marry me. (He did 28 years later.) When I told my mother of this she responded with her wry semi-glare: “Oh I know this game: Vatican Roulette.” 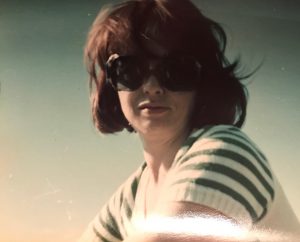 My mother was hurt deeply as a child and young adult by the church. She sometimes spoke of French nuns in New Orleans who would “humiliate” her in front of class. I never got details. Mom was a vault when it came to her past.

Growing up sans Vatican, sans religion, sans Catholicism, her eye rolling I just took for granted. It was just how it was, how I was taught to be: roll eyes to the things of which mom rolls eyes. She often rolled her eyes at any mention of anything “Vatican”.

That included a big fat raspberry down University Boulevard at the pro-lifers circa 1981 holding up the signs with pictures of bloody babies. I can’t for the life of me (pun intended) understand why anyone would ever think that would be effective. I am so happy to see that the prolife movement over the years has changed that tune to a much more peaceful and prayerful melody.

Nevertheless, our beige Chevy loco-motored by with a long 45 mile per hour spit.

Again, I didn’t know why. But I was on Mom’s team. Because that’s what kids do. They roll with it, Baby.

When I was in grade school, I was told that mom had gone to the dentist. And because he had “cut her tongue” we weren’t allowed to bother her all day. Not allowed to knock on the door… nothing.

I later, much later, found out that she had not gone to the dentist. She had gone to the abortionist.

What an extraordinary lie! “Here’s what we’ll say: You went to the dentist and he cut your tongue.” Well. It worked. I guess.

Nevertheless, she couldn’t be disturbed because she was recovering.

“Recovering.” You know, because she didn’t have an abortion. The dentist cut her tongue. And that recovery only takes a day. All the drinking subsequently, peppered with occasional pot smoking and long-term control freaking… that was entirely separate. Because abortion, sorry, tongue-cutting, just takes a day.

I didn’t find out about it until I was well into my 30s.

But that is a story for another time. Suffice to say there are a lot of memories in there to eek out.

Regardless of the Eye Rolling Vatican Rouletting Spit Filled Drive-byes, my mother was one of those to whom everyone spoke. She had a way of saying nothing while making you feel like you could say anything. And people did. Everywhere. Often in grocery store lanes.

No doubt this gift of listening and understanding would be how she met one young woman who would become a memory stapled in the annals of my mind.

Mom, an alcoholic, was the bartender – at the neighborhood gym.  And it wasn’t a smoothie bar. Remember, it was the early 80’s. Another thing that didn’t click for me until much later in life. My memory hints to me this is how they met.

This young mother who had a little girl must have opened up like so many others to my mom. Told her of her troubles and fears. I didn’t even know she existed until one day, when at the store, Mom started putting things in the cart we didn’t normally get.

It was so odd to watch. But clearly it was being thought out with each specific inspection of the labels. Sort of like being in an alternate universe for a kid. Kids get used to the way Mom does stuff and pay close attention to what goes in the cart. We never got that oversized baby blue canister that said “Powdered Milk”.

We didn’t have “a pot to piss in” as the southern saying goes. So Mom was finding the most inexpensive things that we could afford, that would last in this young woman’s pantry.

Next thing I know we are in the kitchen of this young woman’s house. Or was it an apartment? I only saw within the first ten paces. Her daughter, who seemed to be around the age of five, was happy at the prospect of a new playmate. She took me further into the living space but, as I still was not sure why we were there, I kept my eye on the main plot.

The following snapshots remain burned into my brain:

The young mother stands at the kitchen island.

I can see her expression.

Mom, her back to me, begins to unload.

The young woman is shocked. Tears in her eyes.

Mom is pulling out an oversized can of what must have been that powdered milk.

Mom tells the young woman: “This is why this particular item will help you.”

It wasn’t pride. It was mothering.

I realized Mom did not tell her we were coming.

I never saw them again and Mom never spoke of it other than a cursory comment in car afterward such as “she needed it.”

Mom remembered being poor. She told me of times when she was little that she’d have to sew in new crotches to her underwear because they couldn’t afford to buy a new pair.

And I have never forgotten what she did for that young mom in her time of need. As lasting impressions go, my mother helping the needy landed in the forefront of my heart.

It’s such a simple story. So many go to countries and build wells and schools. Mom helped her neighbor. Relatively speaking, it could seem like nothing.

But I saw that young mother’s face. It was Something.

See, we are imperfect semi-precious stones with many unique facets. Turn one way, you see the rough, sullied cracks. The slime from years in the muck and mud.  Turned another – you see the light piercing through.

That was Mom. She could refract the light when she wanted. Thing was, you had to turn her sometimes. And that “sometimes” turned into “often” the older she got.

When I think of this young woman, her child, what her struggles might have been and how my mom took what could have been the last of what we had for the week – it moves me deeply.

Years later I find myself working with families, encouraging and coaching, mentoring sisters, volunteering to help women in need, and spending a year managing programs for single mothers.

God planted a seed. One seed. He planted it through this woman who had so many demons she fought hourly. God knew her truest self even if she didn’t.

He used her for Good. So that still some good fruit might be born within the thorns.

I have demons too. But within the wake of generational healing I have received some graces that perhaps she did not. I know that many of those generational demons have been swept away with time, vigilance, and prayer – and filled with new light. But I believe I could not have received that grace without her playing her part the way she did.

For “if anyone thinks he is religious and does not bridle his tongue but deceives his heart, this person’s religion is worthless. Religion that is pure and undefiled before God the Father is this: to visit orphans and widows in their affliction, and to keep oneself unstained from the world.”2

Mom did not “remain unstained from the world” (does anyone?), she took issue with the church, but it could also be argued that she never left it.

She visited the orphan and the widow. She fed them.

What did she do after losing her game of Vatican Roulette?

She doubled her bets.

Read more blog posts at www.fleuralysdobbins.com. Be encouraged and uplifted! 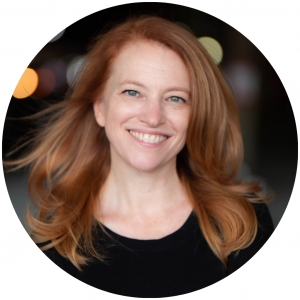