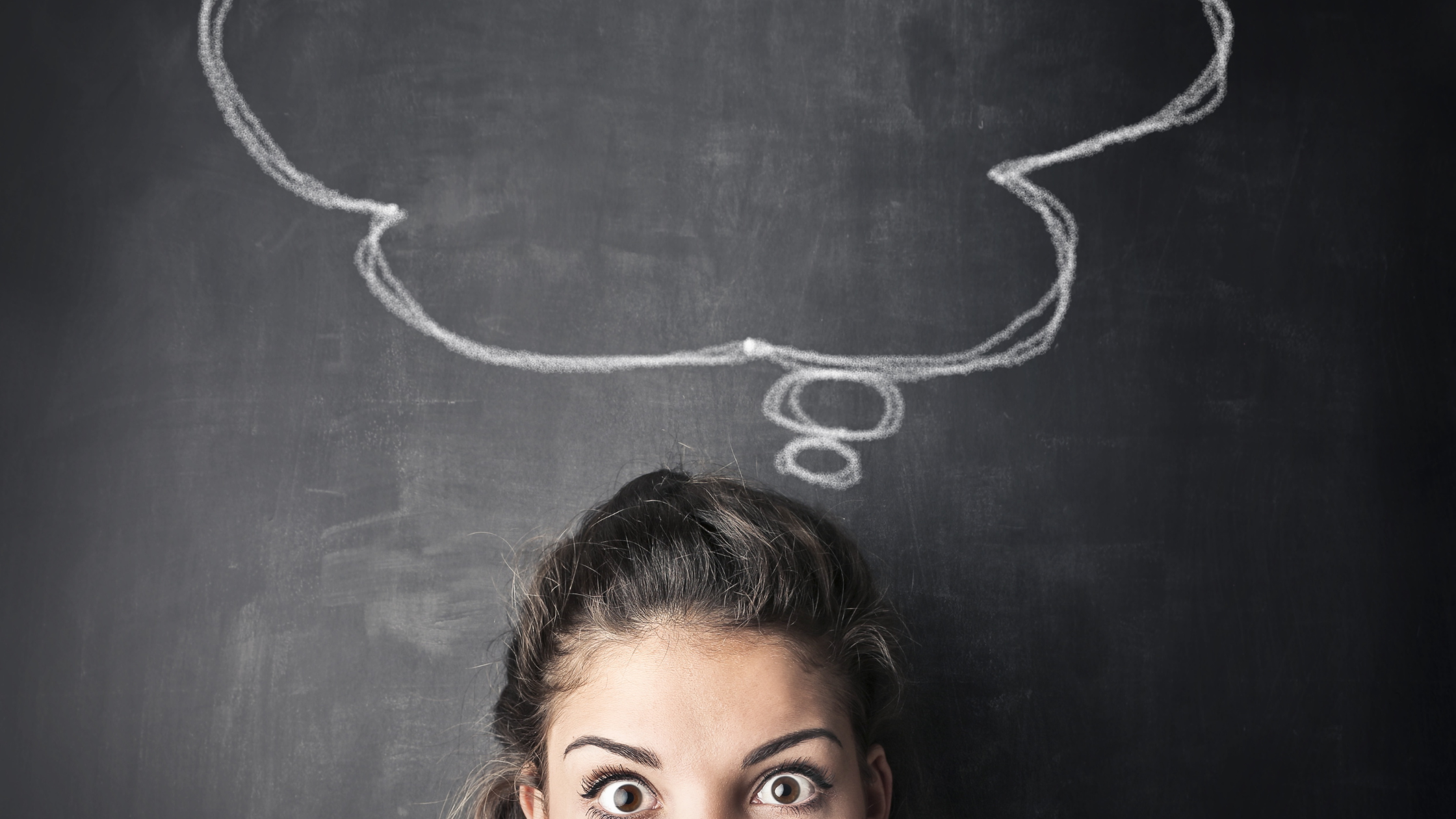 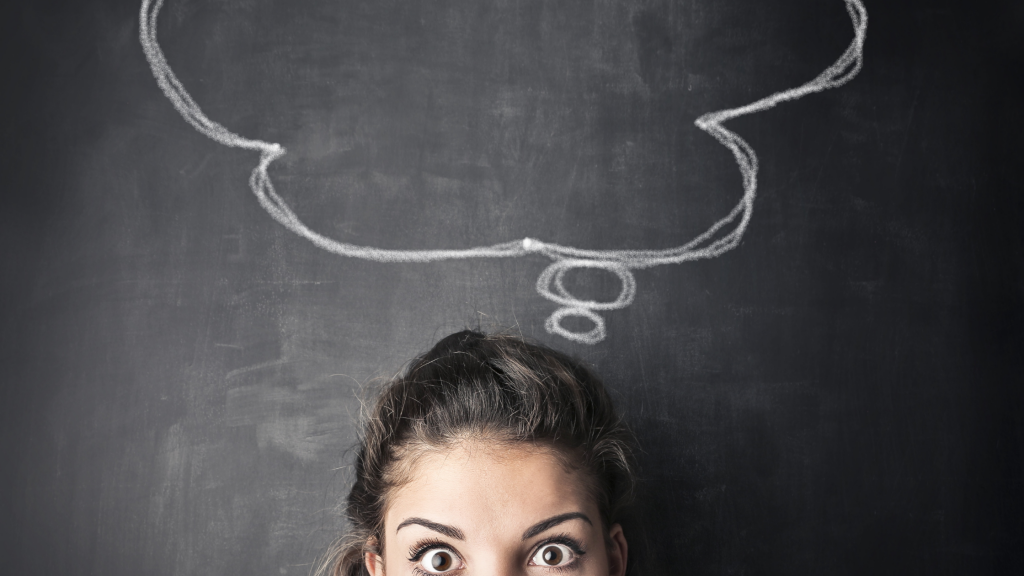 I remember the day I decided not to get upset when a driver cut me off on the freeway entrance. This was a monumental decision and in hindsight the beginning of a new level of spiritual maturity, though I didn’t know it at the time. Monumental you say? Please. Let me elaborate: Los Angeles, 405.

Of course if you’ve never experienced big city driving this may not impress you. But if you have driven, say, in Dallas entering the Central Expressway circa ’89 on the sliver of pavement they called an entrance “ramp” with a two-inch window of “blending in” time at approximately 75 mph, the only possible speed for entry without death, not only is not getting cut off an accomplishment (along with continuing to live) but not getting triggered (as the kids say) is a boon.

When I’d removed myself from the City of Angels ,(ahem), I thought, mission accomplished. Until I had the dazzling insight of owning a car in New York City where the new “cut off” is the ten-second grand prix to obtain a parking spot anywhere in the entirety of the island after having sat for three hours waiting for the street cleaner to pass.

Years later, and only roughly a couple of years ago, I found myself sitting comfortably on my bedroom floor, legs crossed, listening to a prayer and meditation app where, following the daily readings, the speaker, with her oh so calm, young, and slightly valley girl accent tells me to ask Jesus what message He has for me today.

And without a nanosecond of pause I hear: You rush things.

A word about this Voice. I know this Voice of which I speak. There is only once Voice that can say a phrase to you – any phrase – and the result is that you feel like the most loved individual in the history of time. This voice could say “Pass the peas,” and you feel like you’ve won the lottery. “Those pants don’t fit you anymore” – ah, the indescribable tenderness of feeling! “I know it’s 3am, let’s talk about those choices you’re currently making!” whispers the Voice that makes you know you are more important to Him than any other created living thing (while making you remember to love every other created living thing) –  and somehow, you don’t want to slam your phone alarm against the nearest solid barrier.

The Voice of love. True Love. Your spirit knows and recognizes this Love.

THAT Voice on this particular day said, amongst any other possible comment on my (at the time) fifty years of living said: You rush things.

A little sidebar here. My mom raised me from the ex-Catholic point of view. A fierce woman who’d suffered her own trauma growing up (much of what we surmised because she was never going to tell anyone), who sporadically spoke of being humiliated somewhere in a private all-girls school run by French Sisters in New Orleans. It would have been somewhere around 1942-ish. It was just that regrettable time I hear so often when, well, some sisters got off track with the clickers, among other things. Though I did find in a lonely box of Mom’s high school memorabilia some letters from a Sister who loved my mother enough to continue to write to her and check in on her as she moved around the country. So they weren’t all bad. It’s just that the bad ones stuck with her, ya know?

All this to say, Mom exited stage left from Catholicism and I was raised without. Without what, you say? Well pretty much any rules other than that I “created my own reality” and God was just a name, a word, (as opposed to The Word) that could describe an energy to be manipulated for all the things I needed. You know, the 80’s New Age spaghetti bowl. Sort of like picking out your beliefs like a stuffed animal at a traveling carnival. Only the barker is saying, “Step right up! Get your rip-offs here!”

I once heard a New Age speaker say I could call God “Ralph” because it didn’t matter. Just energy, you see. Doesn’t care a whip about you. That actually hurt my feelings in truest third grader sense of the sentiment.

I know I seem way of track here but I’m coming to it.

I sat in a rocker one morning in my early adult years thinking on the subject of love. And it popped into my head that I was loving and able to love. Hm. Interesting thought. So I went down the rabbit hole further. So… Something must have created that. If I am ABLE to love, then the thing that made me must be able to do that as well. Duh.

And that’s how I came to the conclusion that “Ralph” was a lie.

And that this so called “energy” had to be loving. I went with it. This would be the beginning of a long and slow (not rushing things) conversion for me.

BUT THE POINT IS:

What is the point?

Oh yes! That loving Voice speaking is the only Voice I would listen to. This is the Voice who said to me “You rush things.”

I reply, “But I don’t get mad when people cut me off anymore. I take my time!”

Then this same loving Voice began, daily, (uh huh) to show and clue me in to all the ways in which I do “rush things”.

For instance, the last three jobs I had, I rushed into quitting (or beginning). Don’t get it wrong. I stayed in them a goodly amount of time. (The Voice says…”really?”)  HEY, I’M TELLING THIS STORY. I’LL GET THERE. (And after this I’m going to watch A Beautiful Mind to feel welcomed.)

It’s just that I rushed the actual process of leaving. I have this tendency, HAD, HAD this tendency, to up and quit when I just knew it was time. No exit interviewing to see here, folks, I’m out, bye!

Sort of like exiting the Kentucky Derby mid-race onto a farm road of three-legged mules wondering how I got there.

It’s one of my husband’s favorite things about me!

This would be the perfect place to start singing The old gray mare, she ain’t what she used to be… but I’m not quite there yet.

I rushed out of things and into things. I created my own business during Covid. It went well for a Zoom business, but after a year I was done. Cooked Fried Flattened and Vacuum packed for next day delivery.

Because I manically rushed into it. Then feeling road hard and put up wet, I “Speedy Gonzalez-ed” my way out of it too.

Ah, My Beloved, you rush things.

(I can’t be certain, but He may have been enjoying a bucket of popcorn as he observed me with those dreamy eyes, the Truth Balm, bomb, He’d dropped.)

You rush things, Fleur! This is thrilling! <crunch, crunch>

After dropping the lead ball on the business, (after having quit the prior job rather abruptly…after having  – oh well you get the picture), it finally occurred to me “…hmmm… you know what? I…I think I rush things.”

Okay, Okay! So, feeling loved, I began to contemplate this. This rushing of things that seemed to so delight Jesus.

Isn’t it interesting how when I finally heard for the first time what was whispered in my ear years prior, my husband and I had already moved to a quiet little town outside of the big ole City. You know, to a place where things aren’t so much rushed. Makes you wonder.

So I took a year not to rush things.

It has been one of the most challenging, frustrating, head banging against a door frame, upsetting, revealing, soul searching years in my waiting life.

The Initial results: I have tried to rush every little thing while trying not to rush anything.

I think I’m getting the hang of it!

In the year of not rushing, I have been largely unemployed – by that I mean totally, unequivocally, undeniably without paying work (my husband has looooved this part of me not rushing things). I have reoriented my priority in life. That, interestingly enough, turned out to be people.

Those people began with my husband, my vocation as Wife (I don’t think my husband minded this bit so much). And you know, ‘tis a lovely thing to pay deep attention to the person in front of you who loves and needs you. (I mean he’d also love a second income but let’s not demean this whole spiritual AWAKENING, shall we?)

I waited. Just waited as I paid attention to family who happened to be in need while I was practicing not rushing things. I got on a plane and sat for while cleaning litter boxes and unloading dishwashers and taking long daily walks with an aunt recovering from surgery.

I made new friends. Real friends. Friends who get that Voice that says You rush things like He just asked me to marry him.

And then, things got wild in this small town.

That’s when I KNEW something other-worldly was indeed behind this.

People started reaching out to me to listen to them. I began a deeper dive into my talents and gifts as a speaker and spiritual mother.

And I did listen. A lot. (side note: I just read something that said the only time you should use the phrase “a lot” is when you are speaking of a wide-open space for parking.)

I listened. Much. A whole bunch.

And I was wholly directed into a new, and yet, very old direction that I’d circled my whole life. Well, perhaps like a plane circles the airport before landing in a dense fog.

The beginnings of which you are now a recipient.

It was a hard year. It’s still hard. Because I want to rush into the land of income. (Hashtag still human.)

But so much has happened as a result of this one lovely remark of wisdom and truth; of knowing the way things are that I cannot deny.

It’s a long journey from the 405, the Central Expressway and that parking space on 75th and Columbus just inches from the fire hydrant but I thiiiiink I can fit in.

It’s good to be here now.

And you. Where are you, Beloved? What is this Voice saying to you? What is your Truth Balm? The one that you know comes with a warm blanket and a cuddle. Are you listening? You’ll know His voice. It’s the Voice of Love under a statement of simple knowledge and wisdom that cannot be denied, from the Great Knower Who created you – to be loved.

Beloved, what is your “you rush things”?

Ooooh, do you hear that? The popcorn is popping. So salty and buttery good.

Oh, My Dear, My Dear. How He delights in you.